The coolest abs/legs programme in the world 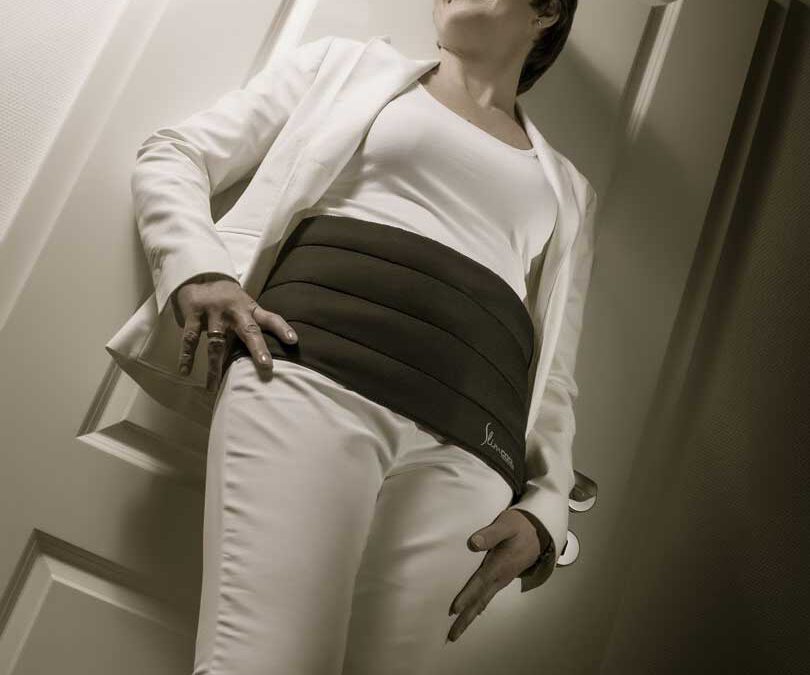 Cooling makes you slim. What Hollywood stars and scientists have known for a long time is being put into practice by Gabriele Renner and Sabine Stein. Their company has developed functional cooling clothing for weight loss that successfully reduces fatty tissue and tightens the skin. This is also confirmed by a current scientific study.

Losing weight through cooling has already been proven for several years in international scientific studies. In the regulation of body temperature, brown fat needs white fat as an energy supplier to generate heat and thus control the thermoregulation of the body in cool temperatures. Brown fat (BAT= brown adipose tissue) only becomes active through cooling and then breaks down white fat. Consequently, cold makes you slim. That is why some Hollywood stars already freeze for a lot of money in cooling chambers or cryo saunas at temperatures as low as -110°C. “We can do better,” said Gabriele Renner from Ulm, whose company pervormance is an international pioneer and market leader in the field of functional cooling clothing. The development department of the Ulm-based company found out that the temperature at which brown fat already becomes active is much higher. So the body does not need a cold shock. In the meantime, this has also been confirmed by international scientists. In addition, the company has developed smart cooling functional clothing under the SlimCOOL brand, such as elastic belly belts, adjustable chaps for the buttocks and thighs, boots for the calves and arm coolers for the “winky arms”, in order to get to grips with the fat deposits on the body. The cooling technology integrated in these products consists of a specially developed three-dimensional high-tech fleece which, when activated with water, achieves a cooling energy of approx. 660 watt hours. The beauty of it: compared to other cooling technologies, the material is pleasantly cool, dry and can be washed and worn like functional sportswear. “We first tried out the first prototypes with our female employees in a heroic self-experiment,” Gabriele Renner reports with a laugh. The success proved the entrepreneur right. The belly circumference was reduced in all test persons and even the skin – keyword: cellulite – was clearly firmer.
According to scientific research, the areas of the body where brown fat is localised are on the shoulders and in the neck as well as the sternum and laterally on the upper part of the spine.
That is why a T-shirt and a neck scarf were developed. With these, one reaches exactly these areas. “Activate the T-shirt and neck scarf briefly with water, roll them up in a towel, dry them off – done,” Sabine Stein explains the simple application.

The positive response of the first tests has now also been confirmed with a practical study of women between 36 and 54 years of age under the medical supervision of Dr. Karin Kunzi-Rapp, scientist and head of the dermatology department at the AREION Competence Centre for Medicine and Aesthetics. The results were good to very good for 78 percent of the participants. The top performer was a test person with 10 to 13 centimetres less on her belly or waist. On average, the circumference decreased by about four centimetres after four weeks through targeted cooling for one hour every two days. In addition, there was evidence in the study that water and fat levels in the body were improved and the skin appearance was smoother and firmer. Also, 88 per cent found the cooling temperature comfortable. “The advantage of the method is that it is independent of location and time. You don’t have to make any appointments. With 30 to 60 minutes every one to two days, the effort is also very manageable. In addition, the products are affordable and you can take them with you everywhere, Dr. Kunzi-Rapp summarises the results of the study.
Based on this study, it is clear “that SlimCOOL is the coolest belly-legs-buttocks programme in the world for targeted weight loss”, Gabriele Renner is happy about the success. “The response to our SlimCOOL functional clothing is very great, the women are enthusiastic. Interest and demand are high,” says the Managing Director of pervormance international. Even the advertising campaign for SlimCOOL was designed by the women themselves. “We didn’t want to show supermodels who already have perfect figures anyway, but women like us. After all, SlimCOOL is a product by women for women,” says Sabine Stein, also managing director of the company, and is visibly proud of the attractive pictures.