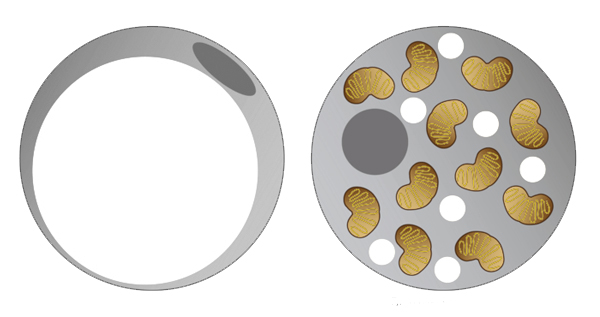 Anyone who saw Starship Enterprise in the 70s will certainly remember the “communicator”. A small device of which everyone thought at the time: What a pity that there is no such thing.

Today, almost everyone has a mobile phone that can do much more and no one is surprised that it works.

It was similar with brown fat. For decades, scientists were convinced that “brown fat” (BAT = brown adipose tissue) only existed in babies.

This is because they cannot regulate their body temperature themselves and the brown fat does it for them. According to science, adults only had white fat – and often too much of it.

Until a few years ago, scientists at Harvard Medical School discovered that adults also have brown fat: Adults also have brown fat. That was a minor sensation. Immediately, numerous research groups pounced on the topic and found out that people in Nordic countries have more brown fat than southerners. Slim people have more brown fat than fatter people – and the amount of brown fat decreases with age. Which explains why losing weight becomes more difficult with age.

So it was clear: brown fat has something to do with body weight.

This is also completely logical. Because brown fat is still responsible – not only in babies – for regulating body temperature and consumes energy in the process. Brown fat also gets its name from the fact that it appears brown in imaging procedures because, compared to white fat, it contains many mitochondria – i.e. numerous power plants of the cells.

The beauty of it:

In regulating body temperature, brown fat breaks down white fat. Why? Because a lot of energy is needed to regulate temperature. And who is the energy supplier? Correct: white fat. Therefore, the more brown fat – the less white fat – and “the slimmer”.

We could have thought of this earlier …. similar to mobile phones!